Jim Perrault, Jr. ~ Club member # 1 ~ Retires from Board of Directors 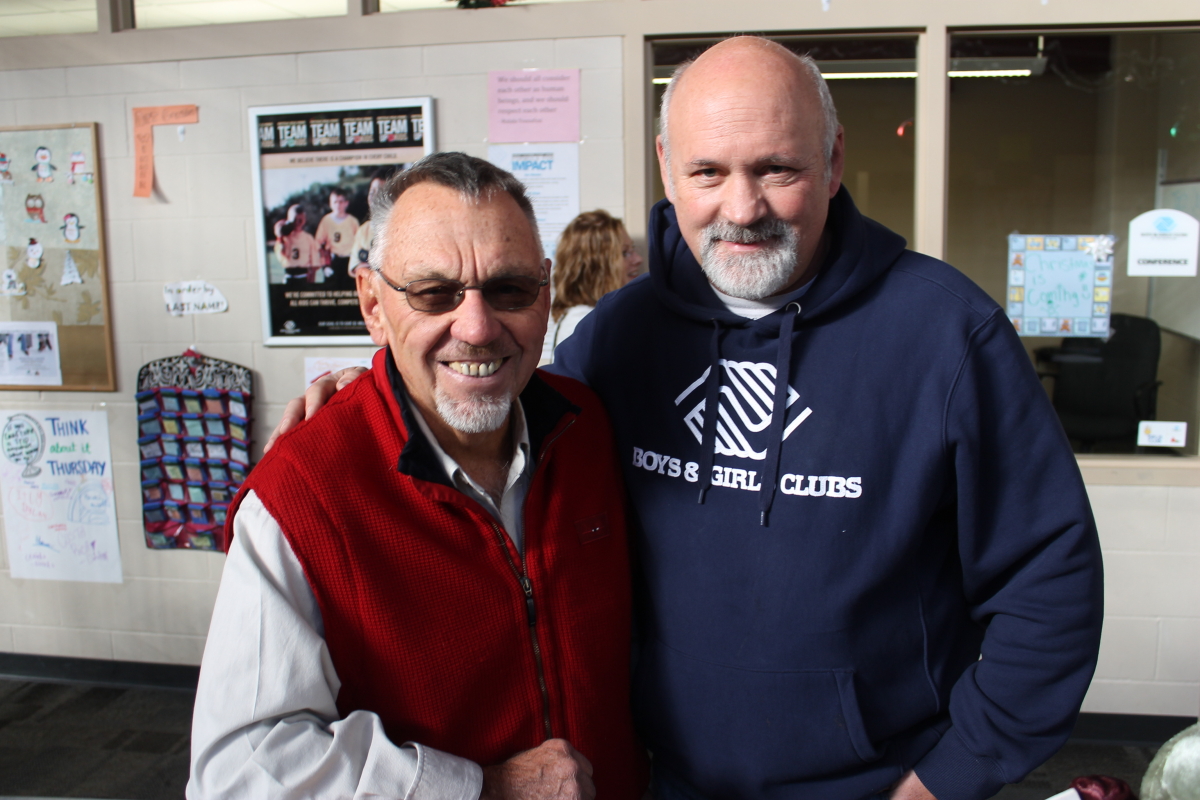 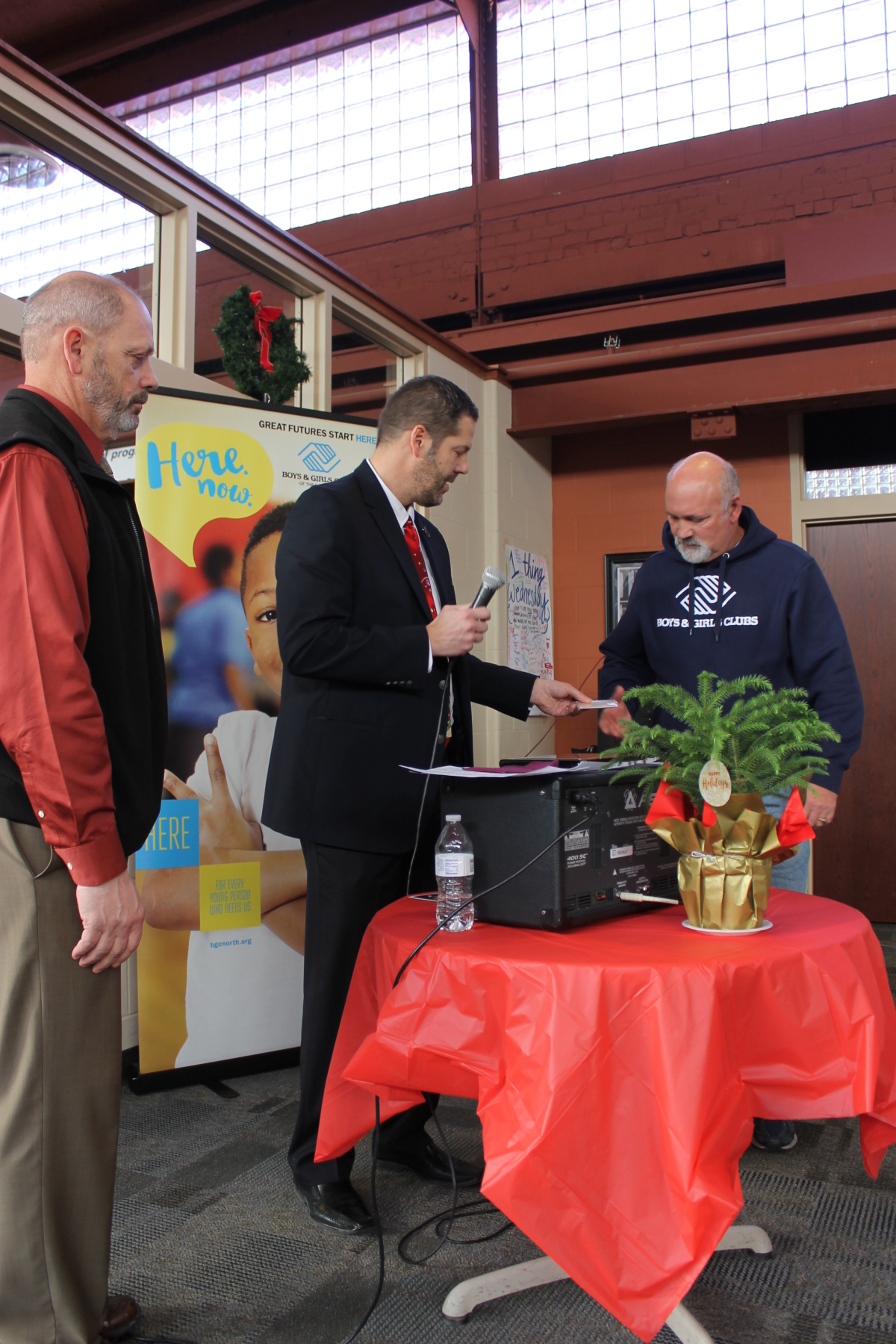 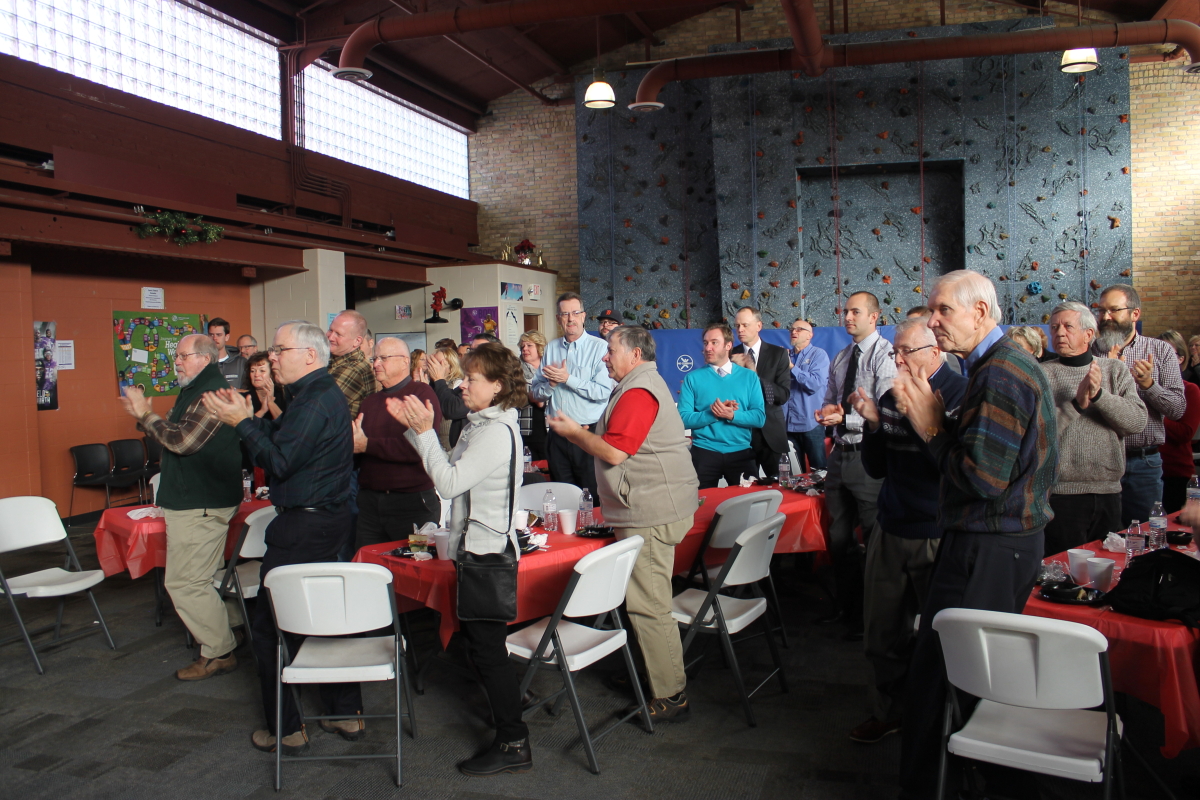 James “Jim” Perrault, Jr. was the first member of the Boys & Girls Club of Duluth when the doors first opened in 1971. He remembers his father, James Perrault, Sr., one of the original founding members, talked to him about becoming the first member.

Perrault has been involved with the club since that day. He’s taken on many leaderships roles in the club since returning as a board member in 1986. He’s served as president, area council liaison, chairman of numerous committees. Last Tuesday he celebrated his 30th anniversary as a board member and he can now add another title to his list: recipient of Lifetime Membership Award.

“It’s been an honor and a pleasure to serve on the board with a lot of good, highly involved people,” Perrault said.

When Perrault joined the club in 1971, the club was only a boys club; no girls were included, yet. His father, while working as a traveling fundraiser salesman, encountered Boys & Girls Clubs in other areas and was inspired to start one in Duluth. The elder Perrault reached out to Warren Berg and Joe Ridinger to form the first club. Perrault remembers hanging out in the space on the third floor of the Minnesota Power & Light building at Superior Street and Garfield Avenue for the first two years.

“It was really just a hole in the wall space to get started,” Perrault said. “I remember being excited to move to the old church space in the West End because it had a gymnasium in it.”

By the time the club moved to the new location in an old church building located in West Duluth, Perrault was old enough to help with the move.

Later in 1973, Perrault competed in and won the regional “Youth of the Year” competition, then called the “Boy of the Year.” Perrault was one of eight boys selected to receive a $500 scholarship and an expenses paid trip to Washington D.C.

“That was quite a thing for a young man, to get to go there and do things like have lunch with our senator,” Perrault said.

Normally, the Youth of the Year gets to meet the president of the United States. However, Perrault received the award in 1973, the same year as the Watergate scandal.

“We were supposed to meet the president, but the president that year, Richard Nixon, was neck deep in Watergate at that time, so we didn’t get the chance. He was a little busy,” Perrault said. “But meeting Sen. Hubert Humphrey was excellent. I got to have lunch with him and shake his hand and we got a picture together.”

After graduating from college and starting his own construction business, Perrault was approached by Warren Berg to join the club’s board of directors because of his past experience in the club.

“That’s something that you see a lot with former club kids. We like to go back and help keep the organization going because we know how good it was for us. I can’t tell you how often I run into past club members and they talk about what a great place it was growing up,” Perrault said.

Looking back on his years of service, Perrault finds that he’s most proud of the expansion of the club into other areas. While he was serving as board president, a group on the Bois Forte reservation on Lake Vermilion expressed interest in opening up a club and becoming a branch of the Northland clubs.

“At the time, I think our board was being a little too self-focused, thinking that we just needed to worry about our own people and no one else. And the idea was initially voted down. But I talked to people behind the scenes and did a little more work and brought it back up for a vote and then it passed,” Perrault said. “And that started this period of growth.”

Since then, the club has opened up branches in Superior, a second Duluth branch, and now it’s backing clubs in Grand Rapids and Greenway (MN).

“As far as I’m concerned, there should be a Boys & Girls Club wherever there’s a need. We are here to serve kids who might not have other opportunities, other places to go,” Perrault said.

Although Perrault is retiring from the board of directors, he said he’ll continue to serve on the foundation board and be involved with the clubs.

“In fact, I’m still pretty involved. I was just at the Lincoln Park branch earlier today, delivering Coats for Kids from the Knights of Columbus,” Perrault said. “I still have the passion, but I think it’s time that I let the club handle things on their own.”

THANK YOU, JIM ~ FOR YOUR OUTSTANDING SERVICE TO THE CLUBS AND OUR COMMUNITY !!!

The Author has not yet added any info about himself